Uncrustable Makers Review: Which Is the Best Sandwich Sealer?

🚨 GIVEAWAY ALERT! Get a Force of Nature Starter Kit + the new cleaning cloths by entering on my TikTok video! Ends November 30th at 11:59pm EST. Super easy to enter, and really good chances of actually winning (my TikTok account is new). Merry Christmas! 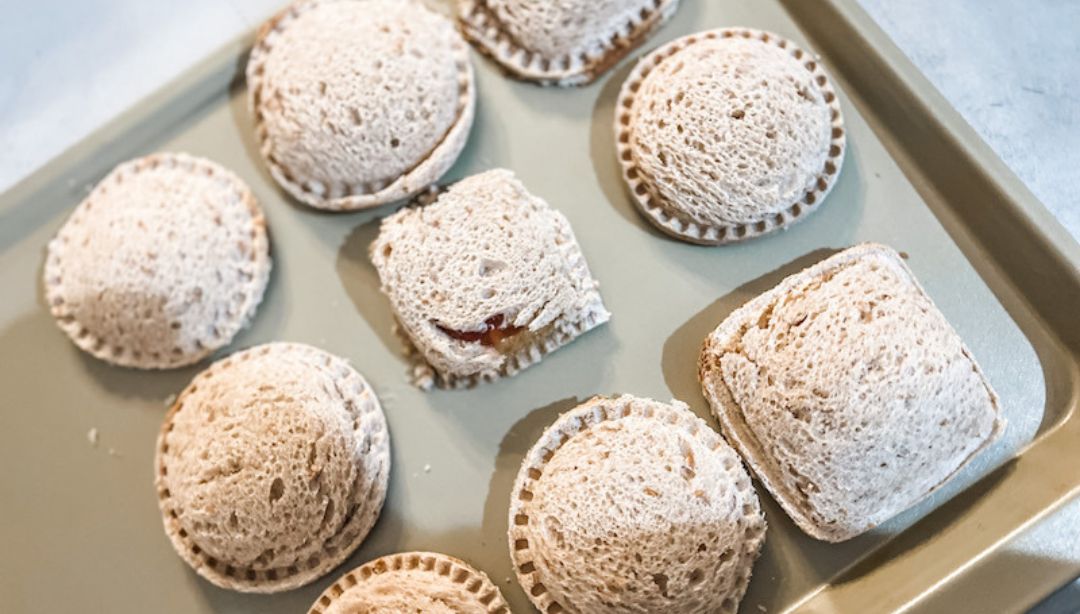 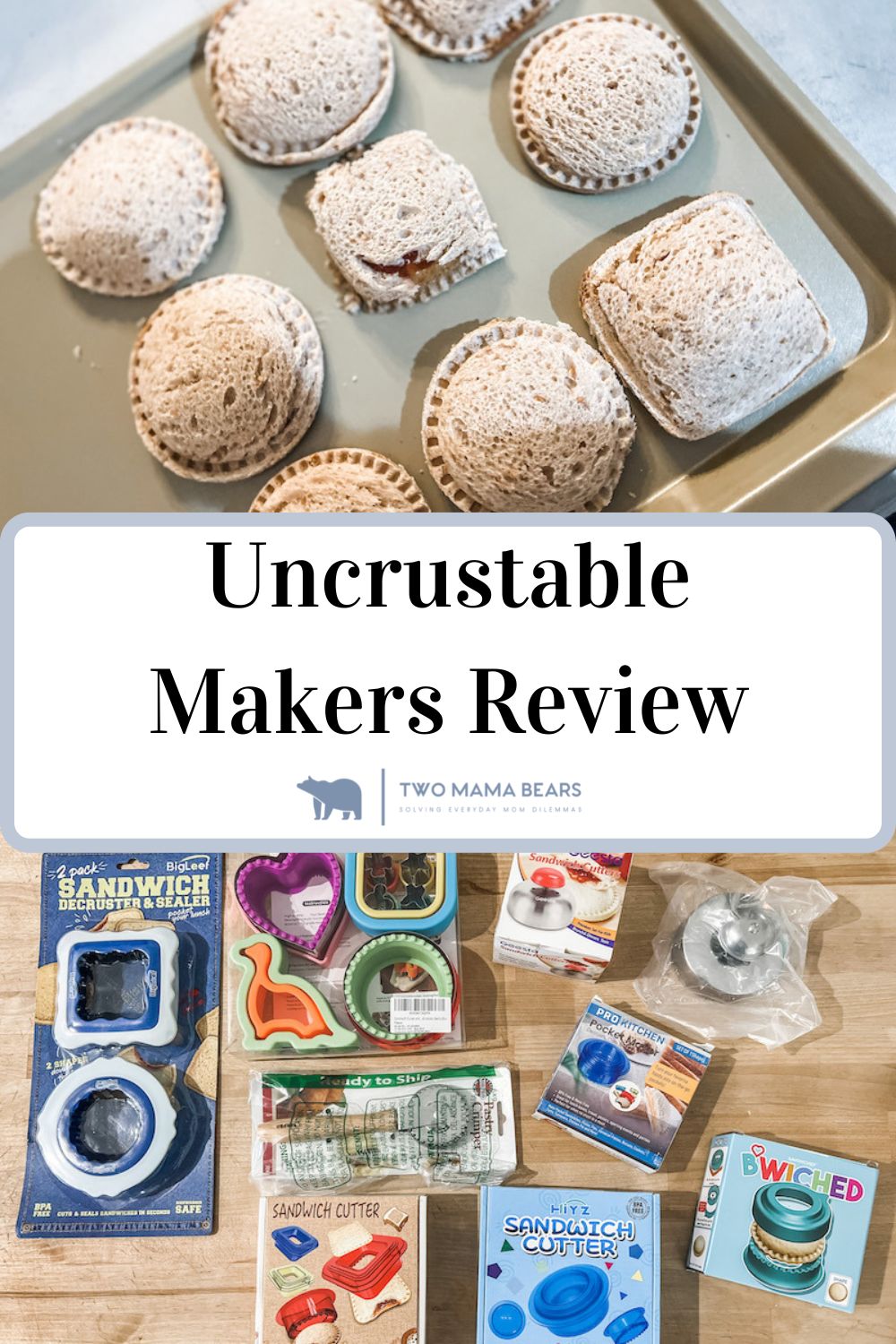 I’m late to the make-your-own-Uncrustables game, but I’m here. And the first thing I realized is there are a lot of Uncrustable maker contraptions – ahem, sandwich sealers – on the internet, and I didn’t know which one to buy.

Let me spare you the trial and error because I purchased 9 sandwich sealers and tested them all. Spoiler: many of them are terrible. Some are decent. One is king.

I assumed everyone knew what an Uncrustable is, but several friends were completely foreign to these crimped, crustless sandwiches.

Typically made for toddlers and children, Uncrustables® are peanut butter and jelly sandwiches made by Smuckers. They are circular, have no crust, and have sealed, crimped edges. Kids love them.

And to be honest, parents love them, too.

They’re also very expensive for PB&Js, and the ingredients are not exactly top-notch. That’s why lots of parents have fled to the internet to find their own sandwich sealer.

Is it cheaper to make your own Uncrustables?

As I said, Smucker’s Uncrustables cost about $1.05 per sandwich, and the ingredients are very basic. It’s white bread, peanut butter with sugar added, and grape jelly (first ingredient is sugar). If you wanted an organic version, as an example, you can’t even buy that, which is another reason to make it yourself.

But let’s say we’re making a comparable version using cheap ingredients. You need two slices of bread, one tablespoon of peanut butter, and one tablespoon of jelly. It’s not a lot of filling, but if you add more, it’ll overstuff the sandwich and get everywhere.

If we make a high-quality version using organic ingredients and WAY less sugar, the prices are comparable. So, you can spend less than a third of the price to make the same thing or spend 77 cents on the dollar for a much healthier version.

We haven’t even covered making your own sandwich bread, which will reduce your costs even more.

Food waste makes my blood boil, so there’s no chance I’m just throwing away the bread that gets cut off with the sandwich sealer.

Here are some of the ways you can use the discarded crusts:

Basically, any recipe that calls for bread cubes is perfect for this. I usually opt for breadcrumbs, because I know we’ll use them in recipes like meatloaf and meatballs. Also, homemade breadcrumbs are way better than the store-bought stuff!

If you live on a farm or homestead, you can also just feed the crusts to your animals.

I ordered and tested 9 sandwich sealers like a mad woman, but it was worth it. Three of them rose to the top as the best of the best.

Quick note: you don’t need a sandwich sealer to make your own version of Uncrustables at home. We have a friend that grew up in Jamaica, and he said his grandmother would use a cup to cut the bread and a fork to seal around the edges. It’s nothing new, and it’s not like Smuckers was the first to come up with this concept.

The overall winner for me as the very best Uncrustable sandwich maker – and it’s also stainless steel – is the Gelbira Stainless Steel Sandwich Sealer.

I love that it’s stainless steel instead of plastic, and it’s one contraption as opposed to multiple pieces. Just push down and stamp – it’s really that simple.

I also think it’s a great value for the price.

The other stainless steel sandwich sealer I tested fell apart, and the metal was very thin. It was so thin that you could actually bend it! This sealer is solid and has stood the test of time.

The plastic option from HiYZ is a fantastic sandwich sealer, especially for the dirt-cheap price tag.

It’s very functional and mostly intuitive. I wish it had come with the two pieces you need to stamp and seal the sandwich as opposed to 5 pieces. You just don’t need that many pieces, in my opinion, and it makes the entire process more confusing.

If you really want two sandwich sealer sizes, I suppose it’s a perk, but for me, it was just a waste of plastic and space.

That said, the sloped shape of the sealer really helped form the sandwich and avoided cracks in the bread. It was one of the cleanest seals out of any contraption we tried.

The circle and square are not exactly unique, and the dinosaur is actually a really bizarre and difficult shape to get right (the neck is particularly challenging!). However, the heart shape is worth the cost of the entire kit.

My daughter gets so excited about her heart-shaped PB&Js! A bonus is the cutter portion is metal and can double as a cookie cutter in a pinch.

Sandwich Sealers Not Worth Your Time or Money

Not all sandwich sealers are created equal. These are the 6 I wouldn’t waste my money on.

The brand BigLeef has a two-pack with a square and circle shape. However, it doesn’t have those signature crimped edges that we all know and love.

The other stainless steel sandwich sealer we tried was pretty bad. The metal is super thin and it kind of squeals when you press down the red topper to seal and cut the sandwich.

We also didn’t get a clean cut with this one. When you compare this one versus the winner, you can see a clear difference.

You know it’s a bad sign when the Amazon listing says the brand is “N+A” and the packaging says “Pro Kitchen.” The packaging also says it’s a “Pocket Maker,” so we’re all confused.

The performance on this one was just as good as the branding. It couldn’t cut the sandwich and left me with torn edges.

The Savoychef Bwitched version wasn’t awful, but it’s just a little too big.

Some of the crust stayed on the sandwich, even after sealing and cutting it. If it was a smidge smaller, I’d have no issues with this one.

And the award for the absolute worst sandwich sealer goes to HappySales. This was a train wreck. In the product’s defense, they market it as a pastry crimper and sealer.

However, Uncrustables are mentioned in the listing, so I purchased it to test. I can confirm this is NOT meant for sandwiches. The bread will just get stuck in it and you’ll want to rip your hair out.

Tribe Glare is a plastic option that comes with 5 pieces. It’s very similar to the plastic winner from HiYZ, except it doesn’t have that domed shape on the sealer.

I found that the domed design on the HiYZ outperformed this non-domed version. The HiYZ version also had a cleaner cut. You can see how the edge of the Tribe Glare cut is a little ragged.

There you have it – the Uncrustables sandwich maker throwdown you didn’t know you needed.

Let me know in the comments if you make Uncrustables at home!

I often use cookie cutters on our sandwiches. Lots of fun shapes, but no crimped edges. I didn’t even know these existed! Very cool.

Good idea!! I bet you could just use a fork to crimp the edges yourself. 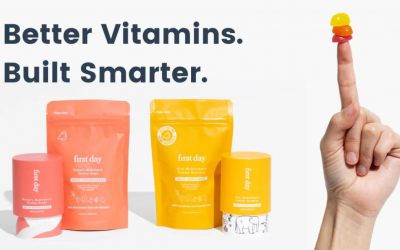 The brand First Day has run many social media ads claiming their toddler vitamins can help with ADHD symptoms and behavioral problems. I feel it’s important to cover this topic on my blog as I’ve... 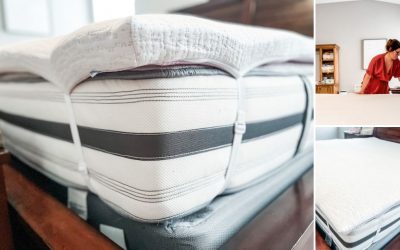 The aches and pains that come with pregnancy and postpartum are no joke, and they seem to come alive at night. I'm kicking myself, because I just had my third and final baby, and NOW I find out... 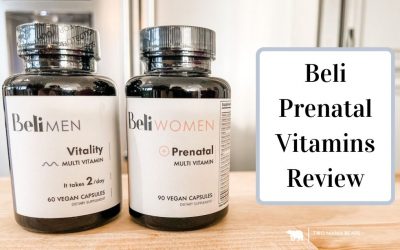 Beli Prenatal Vitamins Review: Are They the Best?

I didn’t know anything about prenatal vitamins when I got pregnant with my first in 2018. That probably explains why I was severely iron deficient throughout that entire pregnancy, despite taking...